The Cross – Tap into the Essence of Being Centered! 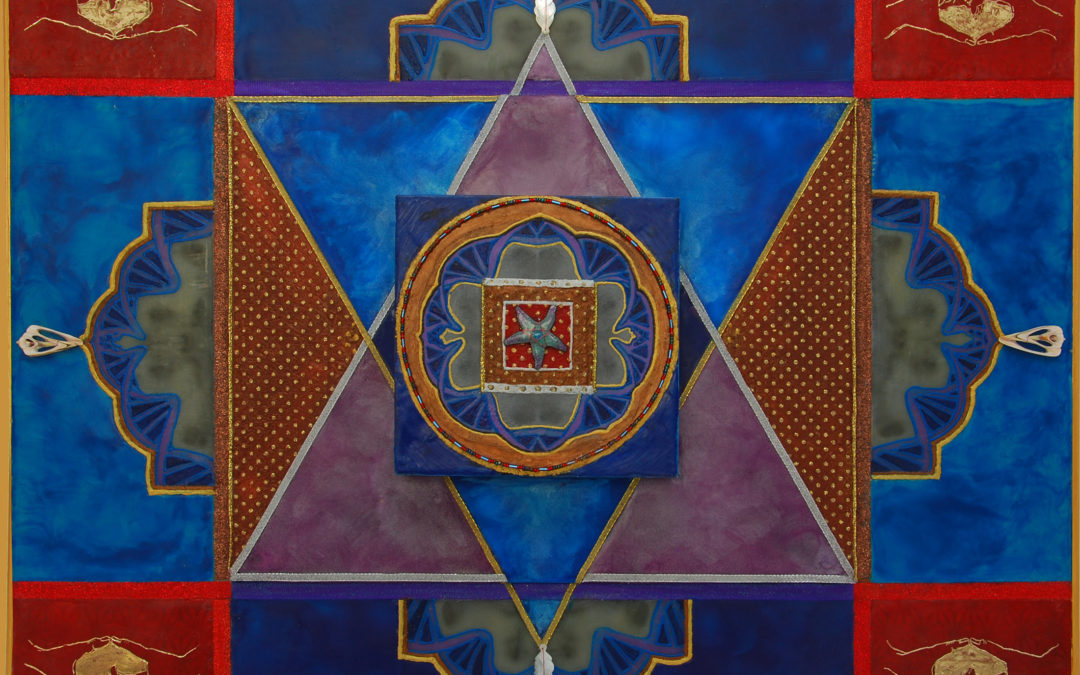 The cross is a well-known potent symbol, variants of which exist in most cultures under some form or another. It has been around as petroglyphs from the Upper Paleolithic and Iron Ages.  Speculation is that they were astronomical / cosmological symbols, evolving from the 4 Elements (Earth, Water, Fire, Air), and each of the 4 arms (originally of equal length) points to a cardinal direction (North, East, South, West), giving us 2 significant reference points.

The varied cross forms invoke different meanings; most familiar today, is that associated with the Christian faith. The interpretation of the cross of Jesus’s crucifixion, is mind-boggling.  There are likely as many interpretations of meaning of the crucifix as there are people interpreting it.

Shifting back to the symbolic cross, whether the standard format of vertical/horizontal lines or oblique, where lines are shifted 45 degrees (= X), the essence is the same: there is a center point that all lines emerge from.  If we position ourselves at the center, it is the space of all potential, and from which we can choose ‘direction’. The center X marks the spot of greatest intelligence from which to choose the next step.

Outside the center, the lines present potential pathways. The vertical aligns Heaven and Earth, the masculine principal of form manifesting and dissolving.  The horizontal plane suggests the Earth as a primary reference point; the horizon line is the feminine receptive principal.  Again, when in the center, we are most balanced.

I use the cross symbolism in my artwork to enhance the focus towards the center, ultimately creating a meditation opportunity, where the viewer is directed again and again to their center, through this mirroring opportunity.  Of course, each is so much more, but the cross creates a sense of stability and balance, and centers the viewer.  Here are two examples from the DNA Series. 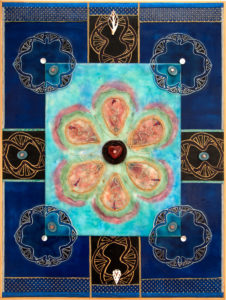 To read more about this work.

The orientation of Life Spirals is more vertical, like our body when standing. 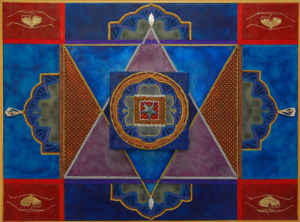 Crowning Star orientation is more horizontal, and subtler, as the ‘lines’ of vertical and horizontal are wider planes.  Both direct the viewer back to the center, and, alongside the balanced geometric forms, creates an opportunity for concentration and contemplation.  An opportunity to return to your center of wisdom and knowing.

What is your experience?  Let me know in the comments below please…..